The story behind how the first credit card was invented

A New York-based businessman, Frank McNamara, was having dinner with his wife when he suddenly remembered that he had forgotten to carry his wallet. It was very embarrassing and he decided never to get into this situation again. Nevertheless, McNamara’s wife rescued him and paid the bill. Several other accounts also say that McNamara had to
By News Desk Fri, 15 Sep 2017

A New York-based businessman, Frank McNamara, was having dinner with his wife when he suddenly remembered that he had forgotten to carry his wallet.

It was very embarrassing and he decided never to get into this situation again.

Nevertheless, McNamara’s wife rescued him and paid the bill. Several other accounts also say that McNamara had to wash the dishes in the restaurant.
After that dinner night, McNamara got an idea of having a service that could allow people to just sign and pay later.

This ideal later developed and then he created the first American consumer facing credit card company, “The Diner’s Club”, in 1950s with Ralph Sneider.

Initially, as he started out, McNamara had big dreams for his company and the new “credit card” it would issue.

The card introduced the idea of “use now, pay later” to the world for the first time.

Although McNamara’s idea wasn’t immediately accepted by anyone, it expanded to 20,000 users in the first year as per Pittsburgh Post Gazette.

At that time, there was no such company that had successfully issued a credit card accepted across several merchants.

As the first major multipurpose change card issuer, Diners Club, a US-based change card company, gained widespread acceptance among merchants and paved the way for others.

Today 74 percent of Americans use credit cards, as per a 2014 survey from the Federal Reserve Bank of Boston, and globally the number is way higher. 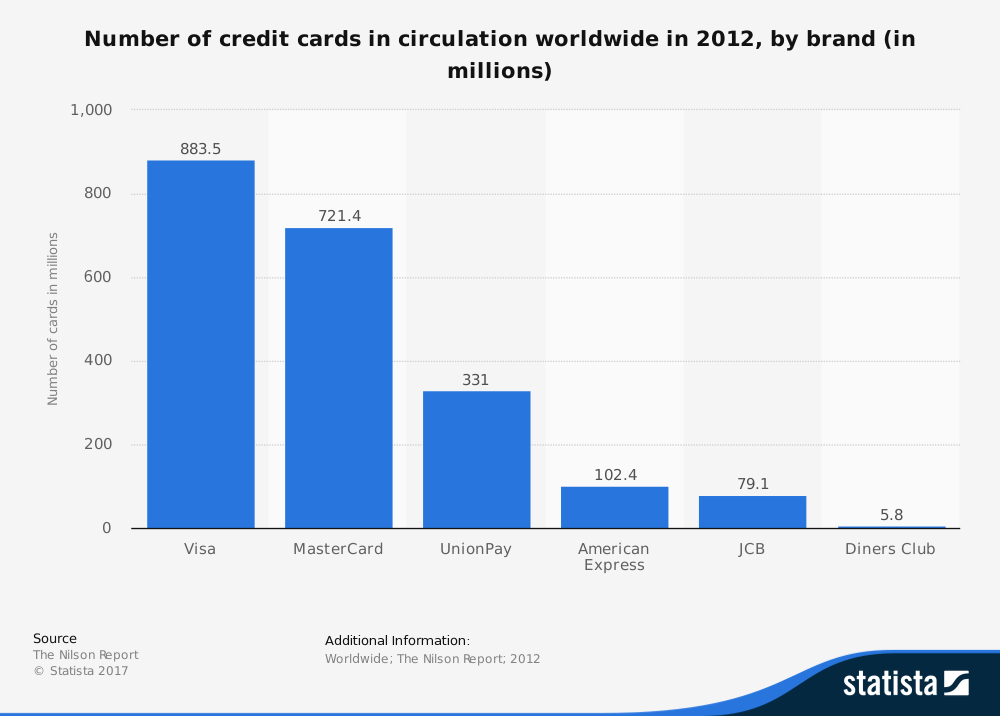 Although Diners Club was one of the first to issue one, the history apparently dates even further to the 1920s.

“Paying with Plastic: The Digital Revolution in Buying and Borrowing” by David Evans and Richard Schmalensee states that department stores and oil companies way back in the 1920s had started offering metal charge plates and “courtesy cards” that customers could use to charge purchases.

However, with its cardboard credit cards, Diner’s Club was the first to aim for a mass acceptance.

By 1953, despite a 7% fee, some successful marketing helped the Diners’ Card become the number one “charge” card in the market.

By the first anniversary, Diners Club had attracted 42,000 members and a few competitors. It later became the first internationally accepted change card.

The cardboard credit cards turned plastic in the 1950s and got a whole new style statement with it with representation in popular fiction as well: Audrey Hepburn was bewitched by it in the classic film “Breakfast at Tiffany’s”.

To add more cherries to the cake, in the 1950s, Diners Club also introduced a travel insurance policy and by 1970s they launched Club Rewards.

Basically, it became the Apple of Credit cards.

It wasn’t until 1958 that major companies joined the bandwagon. These included American Express, which issued some of the first cards, others being Bank of America and Carte Blanche of the Hilton hotel group.

Lenders used several different methods of calculating interest, some of which has disguised exorbitant rates. Some quoted monthly interest rates, while others used annual rates.

However, this hasn’t stopped people from swiping their credit cards.

The next frontier now is mobile and digital payments. Many people all over the globe are now using cards to make payments online without ever having to swipe them.

Technologies like NFC do not even need you to enter details one can simply swipe their phone over the card machine.

Did McNamara see this coming? Probably not.

But more than 60 years later- Diner’s Group is still around and the industry it inspired continues to grow.